Mandated Vaccinations May Come With An ‘Invisible Tattoo’ 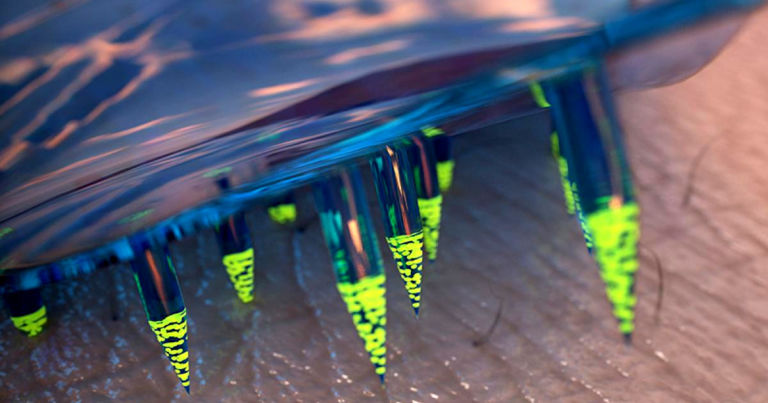 For the people overseeing nationwide vaccination initiatives in developing countries, keeping track of who had which vaccination and when can be a tough task. But researchers from MIT might have a solution: they’ve created an ink that can be safely embedded in the skin alongside the vaccine itself, and it’s only visible using a special smartphone camera app and filter.

In other words, they’ve found a covert way to embed the record of a vaccination directly in a patient’s skin rather than documenting it electronically or on paper — and their low-risk tracking system could greatly simplify the process of maintaining accurate vaccine records, especially on a larger scale.

Soon your rights will be contingent if you have the right marker. No vax, no enter. One can probably expect restrictions to jobs, education, and travel if they can’t verify their status with an invisible tattoo or record in their public profile. “Stop him! He’s unscannable!”

D Y S T E C H I A
more at futurism.com
No Comments Yet... Post A Reaction